What is the Largest Breed of Cat? 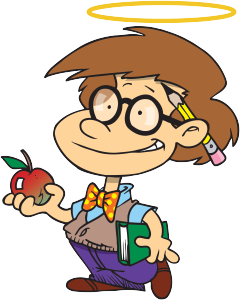 The tiger is the largest breed of cat. It is a highly adaptable animal and lives in some of the more densely populated areas of the world. The Bengal is the most recognized in the world.

It is native to most of eastern and southern Asia. It is at the top of the food chain with no known predators. Being a carnivore, it feeds on meat from other animals. It can reach up to 13 feet in length and 660 months in weight. Unlike the lion, it is a solitary and territorial animal. The first tigers were known to have live 1.2 million years ago.

The most numerous species, the Bengal, is a rusty brown colored animal with black stripes and a white fringe around the face. The coloring provides camouflage for the animal in the wild. Because of its powerfully built legs and shoulders, it can pull down prey heavier than itself. It usually hunts at night and will attack most animals for food. It will always have good cover, be near water and have enough prey. When it is wounded or unable to catch its prey, it will attack humans for food, hence the name man eater.

There are eight species: Bengal, Indochinese, Malayan, Sumatran, Siberian, South China, Balinese(extinct) and Javan(extinct). The remaining six are considered endangered. Due to growing human populations in their former habitats, conflicts with humans have resulted in the killing many of them.

Another variation of the Bengal is the white tiger. Although rare in the wild, it has been successfully bred in zoos. It tends to be crossed eyed and its life span is less than its orange counterpart. It is a popular attraction at a zoo and was used in Siegfried and Roy’s Las Vegas magic act until February, 2009.

The Animal Planet conducted a poll to determine the world’s favorite animal. It was voted first by 1% more than the dog. There is an estimated 12,000 tigers in the United States kept as pets by the Association of Zoos and Aquariums. Only nineteen states ban private ownership of it. Like any wild animal, making it a pet can be dangerous especially when it reaches full size.

It is the national animal of many Asian countries. It is the mascot for many sports teams and companies. Many novels have been written about the animal. It is usually seen in most jungle movies. It remains as a symbol of a fierce but noble animal.