Pets Can Improve Your Health 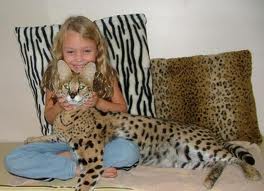 Did you know that more than 60% of households have a pet – cats and dogs being the most popular – and that the average lifetime cost of owning a dog today stands at around Aï¿½16,900 and for a cat Aï¿½17,200?

It’s clear to see that these beloved animals have us firmly wrapped around their furry paws; but is it just a one way street? Do we get something from them in return? Apart from the obvious love, companionship and friendship there are other less obvious benefits that can affect our health.

We have seen many cases where pets have healed people physically, emotionally and mentally. But recently doctors have discovered the amazing fact that cats and dogs can help us not only fight disease but also with the way we cope with chronic conditions. Scientific studies have in fact confirmed what we have felt – our pets have a positive impact on our health.

Let’s see what research has discovered.

1. Far from causing a problem, pets can actually lessen the risk of allergiesand asthma. New studies have actually shown that babies and children, who are raised with a furry friend, will be at less risk of asthma and allergies. Researchers have analyzed blood samples from babies immediately after they have been born and again one year late. They were searching for evidence of immunity changes, reactions to bacteria in the environment and general allergic reaction. The results showed that if a dog lived in the house then the child was less likely to show any evidence of pet allergies. It was also found that they also were less likely to have eczema; add to that the fact that they had much higher levels of some immune system chemicals- which is a sign of stronger immune system.

See also  How to Select a Low-Shedding Crossbreeding Breeder

2. We have seen so many times that pets help to reduce stress that it’s easy to accept this fact even without scientific evidence. However a survey carried out by Mindlab International discovered that a huge 55% of people that they studies were more relaxed after they had spent time with their pets and 44% appeared to be less worried about a specific, identifiable problem. The research team concluded that if we interact with a pet it can profoundly and effectively reduce our stress levels.

3. It’s a fact – cats can actually lower the risk of having a fatal heart attack. Researchers have studied nearly 4,500 adults and discovered that those who owned a cat had a 40% lower risk of having a heart attack that proved fatal. The researchers considered that owning a cat could lower anxiety and stress and so guard against cardiovascular disease – the simple action of stroking your feline friend can actually lower your blood pressure.

4. Dog owners tend to have lower blood pressure and cholesterol according to a psychologist from Queen’s University, Belfast. She explained that taking regular walks would partly explain the reason why. You see, just the simple action of taking care of a dog tends to increase physical activity and helps the owner to make social contact with other dog owners. This could improve both physiological and psychological health in the owner.

5. Many doctors now recommend ‘pet prescriptions’ to patients who live alone and who would benefit from companionship. They feel that a pet motivates some patients to exert their best effort when dealing with serious conditions like cancer. Looking after a pet will stimulate them to take good care of themselves too.

See also  Kitten Care: The Responsibilities of a Pet Owner