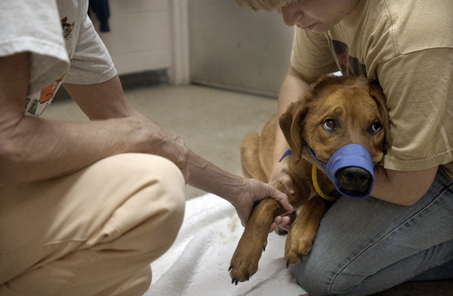 Some of TV’s finest moments come from performances that don’t involve trained actors. TV documentaries fascinate many people. News and information shows also serve to “entertain” those who thirst for knowledge.
Wacky programming that feature dysfunctional individuals with over-the-top problems help create an audience for people like Jerry Springer and Maury Povich. Their shows are far-out and, while the problems presented may be real, live audiences don’t share in the pain shown by invited guests. They often squeal with laughter at them.
However, there is a TV format that is worthy of respect and the time it takes to watch an entire show unfold. This format, generally presented by National Geographic, follows the daily lives of animals in the wild. This is truly fascinating TV – educational and very entertaining, absorbing and often exciting – words from an encyclopedia that come “thrillingly” to life.
I, for one, believe that TV that educates often does a better job of entertaining than TV that intends only to entertain. In other words, trailing “gorillas in the mist” is far more entertaining than today’s hottest half hour sitcom.
Others may disagree, but that is what I believe… and feel. Education is intoxicating. Education you can “see” is almost irresistible. I love it and I’m not alone. When you tune in to one of these shows and see close-up footage of lions in their natural habitat – resting during the day, hunting in the night – you wonder (at least I wonder) what the photographer had to endure to get the film footage. Surely, there was no 5-star hotel nearby.
Moreover, “getting the footage” had to be incredibly dangerous. Wild animals follow their instincts and that can turn a photographer who is not careful into prey. In fact, that happened several years ago to a “naturalist” who had dedicated his life to living part of each year in the habitat of grizzly bears.
His experiences lasted for thirteen years until a grizzly turned on him, attacked and killed him. It’s a dangerous life, but it must be a satisfying life, as well. The film footage of bears… lions… wildebeest… crocodiles… and so many other forms of wildlife make TV interesting, entertaining, educational and incredibly compelling. I love it.

March 5, 2022 Adopt a Pet Comments Off on Honoring Animals, Nature, and Spirit

I love all of Doreen Virtue’s books. She is truly a loving spirit and a pure channel. Although she is best known for her angelic messages, she is actually a Universal Communicator, which means she […] […]

Qualities That Separate Dogs From Other Animals – Top 3 Qualities

April 28, 2022 Puppies for Adoption Comments Off on Qualities That Separate Dogs From Other Animals – Top 3 Qualities

In this article, I examine the top 3 qualities that separate dogs, from other animals and explain just why these pets are so unique and truly are your best friend, for life and beyond. Adopting […]

How the 12 Animals Were Selected For Chinese New Years and Astrology!

July 14, 2022 Animal Control Comments Off on How the 12 Animals Were Selected For Chinese New Years and Astrology!